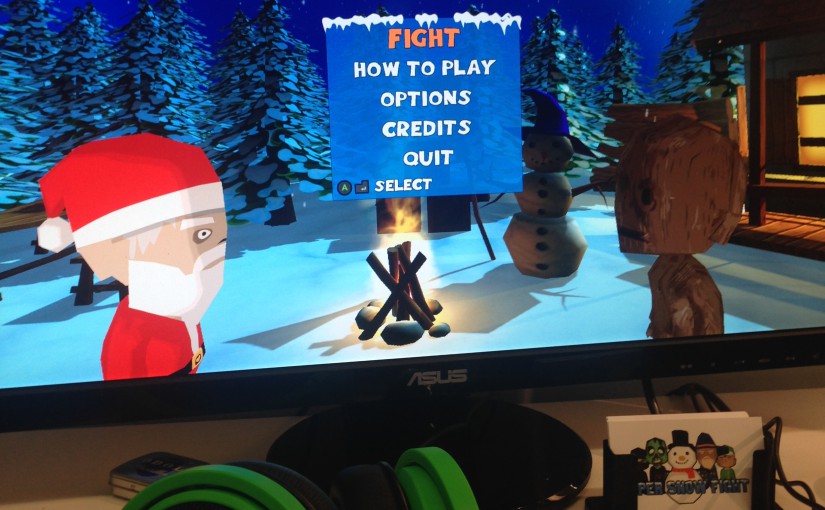 I’ve met lots of kind people at the Gamescom in Cologne. The best part of meeting them was that they had fun and that they even had opinions regarding how to improve Super Snow Fight. Experiencing that kind of participation and acknowledgement was a big deal for me. But it got me thinking, what’s actually going to happen after Gamescom?

Deck 13 and I want to release the game this fall for PC and shortly after that for the next-gen consoles. There’s not much time left to polish, fix bugs and add new features. And, of course, to port the game to the consoles. It’s time to get my priorities right. I won’t add new modes or arenas. The content is complete. I’ll think about adding more stuff after the release. Polishing and bug fixing is definitely more important at the current stage. But there were some ideas I’d like to implement though.

Another good idea applies to the multiple kills. As I stated in a blog post long ago, it’s hard to watch the HUD while playing a deathmatch. That’s why players may miss their multiple kill counter. Although I added a little trail to the character, it sometimes is too subtle to recognize. A solution for that is a little text above or in front of the character. So I think about implementing that kind of feedback for the player, too.

A further funny idea was about animations at the end of a match. I was told that in an old Atari game in 1977 you were also able to play a snowball fight with other people. Of course, you could win a game getting the highest score, but if the difference of the score between you and the other player was too high, the character began to cry and left the field. I really like this idea and I think about implementing a similar event when the match is over. E.g. the player being in fourth place could get sad and move out of the screen.

You see there are some points that fall in the category of polishing. These things are important, but so is porting the game and fixing the last bugs. As I said, I have to get my priorities right.